Fly on the Wall (Part Four)

As I wrote before, I hadn’t ever worked for the duration of an entire feature film, so I was fascinated watching the actors in Number One With a Bullet. Despite this being a 2 million dollar film (which isn’t much in movie money), the cast was mostly talented veteran actors.  Stand-ins were required to watch all rehearsals closely, since we would have to take the exact positions of the actors after they were finished, but I would have watched anyway.  I was able to closely observe the differences between stage and film acting in practice, as performed by competent professionals.

Peter Graves, the director’s pal from Minnesota, played the Police Captain.  Not surprisingly, this old pro showed up on time, always knew his lines, was able to improvise if needed and was unflappable.  He was also pleasant and approachable, though I was too star-struck to talk to him.  He was in one of my absolute favorite films, Night of the Hunter.

What fans might not know is that Peter Graves played a mean clarinet.  He studied for years, and joined the Musician’s Union at age 15.  In the final club scene of the film he sat in with the band.  His playing is not dubbed.

Doris Roberts played Robert Carradine’s mother, a comic-relief part.  She has played a lot of moms, and was doing an earlier version of the sort of guilt-inducing one she would later play on Everybody Loves Raymond.  Doris is also funny in person.  Not all actors who can play comedy are funny in person.

Valerie Bertinelli portrayed Carradine’s ex-wife, Theresa.  At this point in her career, she was past her kid role on One Day at a Time, and had made several hit TV movies.  Val was extremely pragmatic and authentic, and a bit self-deprecating.  She was having a “down” period in her marriage at the time, and I believe she put that into her role as an ex-wife who can’t quite shake off the ex-husband, who still wants her back.  She’s quite attractive too, though she didn’t indicate much awareness of it.  She’s more self-assured these days.

A number of other attractive women had single scenes representing a series of women that the senior detective (played by Billy Dee Williams) was dating.  There was a Playboy Playmate named Venice Kong.  She was in a lunch scene, and she gave me nutrition tips because she was into health and fitness. 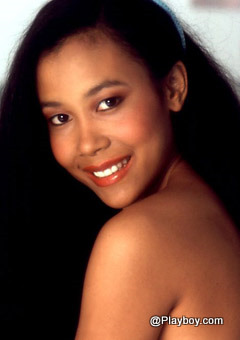 Shari Shattuck had a scene too.  She’s still acting, but she’s also a novelist.

The best actor of the “babes” was Vanessa Bell Calloway, who wasn’t married to Dr. Calloway yet.  The crew applauded her, a rare honor for actors in brief roles.  Vanessa is one of the most impressive actors I ever saw work, but because she’s so gorgeous she ends up playing roles like the prospective bride in Coming to America:

Robert Carradine was the actor I stood in for.  He improvised more than some, though he knew the lines.  His character was kind of a “loose cannon”, so he carried that over a bit when not in scenes.  He plays guitar and sings well, which was proven when he had to do it badly for scenes in the film.  It’s hard to sing badly on purpose!  Robert was able to play humor, action or be vulnerable, which takes real skill.  I saw his off-camera personality when he spoke with his daughter; focused and attentive.  We talked about some of his experiences on The Long Riders, and The Big Red One.  We did not talk about Revenge of the Nerds, because I’m a nerd and could tell right away that he only played one in movies.  Younger fans will know him as the father on the Lizzie McGuire series, a part that is closer to the real Robert than most of his roles.  Over the years I met Robert’s father John Carradine, and recorded commentaries for Kung Fu with David Carradine.  All the Carradines were fascinating characters, but Robert’s the most stable. 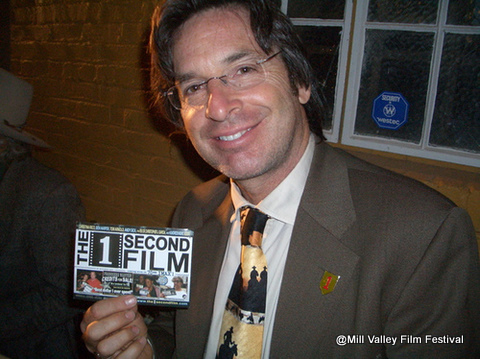 Billy Dee Williams, the most famous actor in the film at the time it was shot, was experiencing all the problems that go with stardom.  Once you are a star, they expect you to be able to “carry” bad scripts.  William December Williams is a very fine actor who doesn’t get to stretch as much as he deserves.  He spoke passionately about his dream to film the life of Alexandre Dumas, author of The Three Musketeers.  Because he was also a sex symbol, he got pestered more than the other actors.  One day a female extra came up to him and said “When are you gonna stop pretending?”  I think she had some delusion that he was attracted to her.  His son Corey and I cracked up about it because, after all, Billy is PAID to pretend.  I guess the answer is he will stop pretending when no one will pay him to do it.  The inside scoop on Billy Dee is that like other smooth, sexy men including Roger Moore, he is a bit physically klutzy.  Don’t make him run.  He might slip and fall.

One wonderful thing about Billy Dee is that he is so open and curious about everything.  It’s a key part of why he’s such a good actor, and also the reason he walks into walls.  He gets interested and he will focus on whatever is right at hand, sometimes losing the big picture.  One day he offered to drive me home from the location because I took the bus and he was going downtown.  Corey rode along.  We were driving down Wilshire Boulevard in his beautiful Jaguar, and near my street Billy started looking at a billboard and remarking about it.  As the car began to drift into another lane, Corey said “Uh, Dad..Dad..DAD!” just in time to snap the man back to reality and keep us from plowing into the back of another car.  So I have another claim to fame.  I survived riding with Billy Dee Williams.

4 responses to “Fly on the Wall (Part Four)”