When someone speaks too rapidly or doesn’t enunciate, my brain starts creating alternate interpretations of what was said.  I’m told this happens to everyone, because when we hear a message that is unclear or incomplete, our brains automatically attempt to fill in the blanks. The title of this article is a misunderstood version of the hymn Gladly, the Cross I’d Bear.  Kids are especially adept at this.  Their brains easily substitute for vocabulary they don’t know.  From elementary school kids we get versions of the Pledge of Allegiance that go, “One nation, in a dirigible, with Indians and justice for all.”  In my own school I had a classmate who insisted the song went, “America, America, God’s shed is braced on thee.”

There’s a long history of misheard lyrics in popular music.  I remember the controversy over whether Jimi Hendrix was openly advocating homosexuality in the song Purple Haze when he sang ”’Scuse me, while I kiss this guy.” That mistake is so famous that the biggest web site dedicated to humorously misheard lyrics is named after it:

This site is loaded with great humorous stories and examples, which I won’t plagiarize.  However, I do recall running into a guy during my garage band days who was perfectly serious about the chorus of Deep Purple’s Smoke on the Water being “Slow-colored Walter, the fire engine guy.”  An especially clever songwriter like Ray Davies of the Kinks could take advantage of this kind of ambiguity on purpose.  In the gender-bending classic Lola, he writes, “I’m not the world’s most masculine man, but I know what I am and I’m glad I’m a man, and so is Lola.”  Which is Lola, glad, or a man, or both?

It works for the spoken word, too.  I was listening to the radio when a promo came on urging the listeners to enter a contest to win “a forehead (4-head) VCR”.  I reached over, grabbed a videocassette, put it up above my brow and said, “I don’t think it will fit.”

You may recall my previous post “Be What You Are” (i.e. mostly water).  In the interest of full disclosure, the first time I began thinking about that concept was at a hot summer party where there was a lot of loud music.  I had a big glass of water I was carrying around, and at one point I set it down and forgot where.  One of the hosts returned it, saying, “Don’t forget your water!” which I misinterpreted as “Don’t forget, you’re water!”  A light bulb went on in my head and I went “Yeaaahhh.”  You read the result of thinking about it for a few years.

It happens to me in church a lot.  My pastor will start speeding up if the service is running overtime.  She was reading the Invitation to Communion and the words were running together and creating an interesting effect:

“So, come yoo-hoo have much faith and YOO-HOO have little, YOOHOO have been here often and YOOHOO have not been here long, YOOHOO have tried to follow and YOOHOO! have failed.”  My wife and I looked at each other and mouthed “yoo-hoo”. 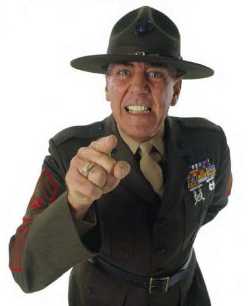 6 responses to “Gladly, the Cross-eyed Bear”