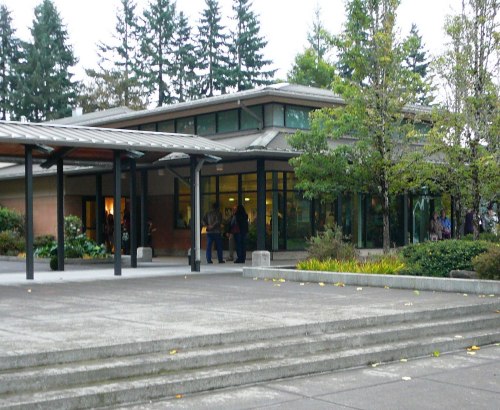 Our second guide dog puppy, Spice, was the first one to complete her work to become fully certified.  Guide Dogs for the Blind operates two campuses on the West coast, one in Oregon where we were going, and one in California.  Mary and I (the puppy raisers) and the Brodys (former playmates) drove down the night before.  We had the same kind of joy and anticipation parents get when their children graduate from college, ready to enter the working world.  Four months ago the yellow Lab we had socialized and practiced basic commands with for a year went off to school for the final stage of intensive training.  All we’ve received since were reports indicating which of the ten last phases she had completed. 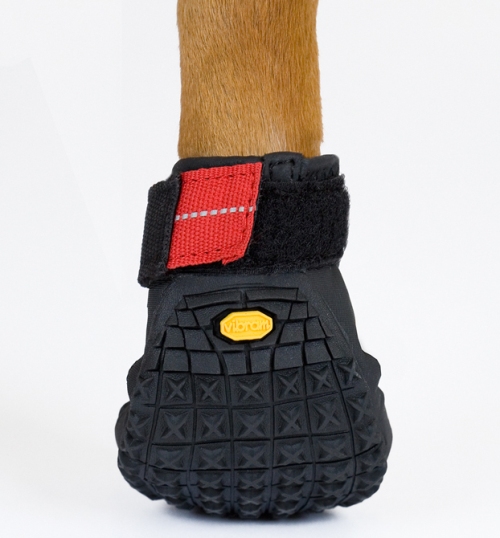 The final 4-6 months of training involve levels of risk and independent judgment the dogs aren’t ready to master before 13-15 months of age.  It’s necessary to wait until they have reached their mature size before attempting some of the tasks, like walking on escalators.  Dogs have nails that could get caught, so they must wear booties for safety.  Even though they’ve never worn anything like that before, these dogs have learned to accept and trust any kind of handling, and whatever equipment their human attaches.

The dogs are taught to perceive themselves as wider and taller when in harness, the combined size of their body plus the body of the handler.  If the dog-human unit approaches a passage too low or narrow for the human to clear, the dog will stop so the handler can assess the situation.  At any change in elevation like stairs or a curb, the dog will pause for permission to continue.  Assistance in navigating public transportation is a key part of their job.  As puppies, they all practiced finding empty seats on buses, getting into cars and going on boats.  During the last training phases, the school has a simulator section of airplane seats.  The dogs are taken out in groups to experience the most demanding environments.  In this case, they travel to Portland, ride the light rail system and navigate through busy downtown traffic.

In the final two weeks of training the dogs are matched with a blind partner.  There are different varieties of sight impairment.  Many sight-impaired people can still see some differences in light or a limited amount of color.  Some are formerly sighted individuals, which presents another set of challenges.  It can be harder for a person who used to see to learn to trust the dog to make the right decisions.  Younger and larger humans need to be matched with stronger, more energetic dogs.  Spice is an unusual individual.  She’s confident and strong, but responds best to a more subtle style of handling than the typical dog.  That was taken into account when the school chose her partner. 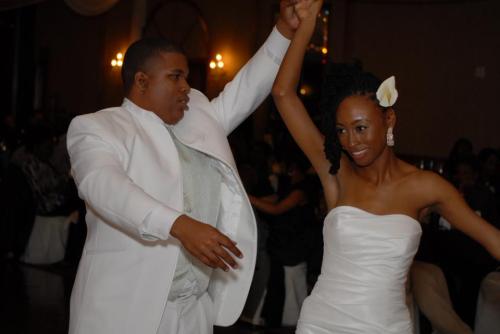 Jeremy and his wife Majanaye, who urged him to get a dog.

Spice’s new owner is Jeremy Jeffers.  He’s a 27 year-old, married man who lives and works in the Los Angeles metro area.  He has had sight problems all his life, but only became blind at age 21.  Jeremy is somewhat shy, and he comes across as a sensitive, genuinely humble person.  He’s an extraordinarily gifted musician, a multi-instrumentalist.  Major keyboard chops.  It might embarrass him if I went too deeply into his professional resume, so let’s just say he has worked as a keyboard tester for Stevie Wonder, and has participated in projects for Quincy Jones.  He’s a devout Christian, and he performs at church.  Wasn’t it fortunate that we played instruments at home, and took Spice to churches and rehearsals each week?

After several years playing with groups and on recording projects, Jeremy has decided to train for a career as a music teacher.  The Los Angeles music community is vast and complex.  He has a lot of different places he needs to get to.  Spice loves live music, and church, and will help him navigate to wherever he wants to go independently.  What an exciting challenge! 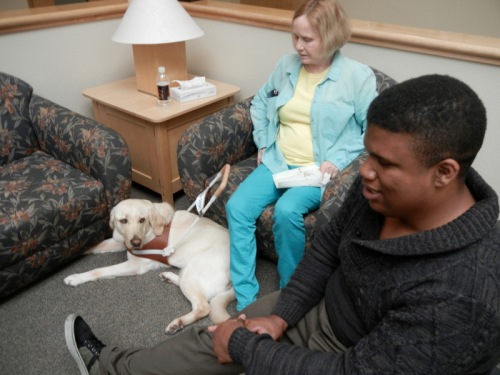 Back at school, Spice was enthusiastic and happy to see us, but I can tell she’s grown up a lot.  She knows she’s going home with Jeremy.  Even while greeting and getting petted, she would look over to check on him.  That’s exactly as it should be.  It’s rewarding for me to understand how perfect and appropriate these two are for each other.  Spice responds to a subtle command and a gentle voice best.  That’s Jeremy all over.  She’s his first guide dog, and I’ve not seen any dog in training that is more gratified by completing the tasks properly.  She will work her heart out for him, and they will share the joy of going everywhere.  I believe Spice knows she and Jeremy belong together. 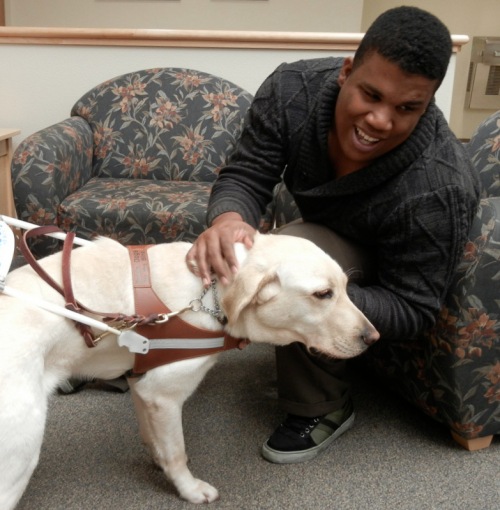 There is no obligation for owners of a guide dog to keep in touch with puppy raisers.  We haven’t heard a word from the family that adopted our first dog, the one who decided she didn’t want to be a guide very early in the process.  But Jeremy told us that “we’re family now”, a generous declaration that touched me deeply.  I think it’s likely you will be able to read about their future adventures in this space. 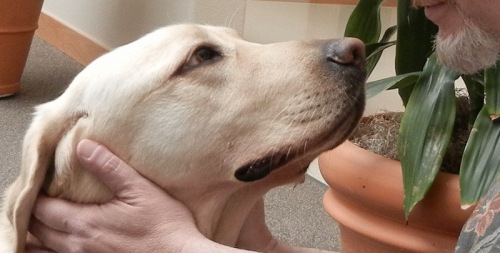 My regular readers understand that I’m kind of a Luddite about social media, but Jeremy’s a typical person under 30 – iPhone on the hip, Twitter and Facebook.  If you do those sorts of things too and want to send him messages of encouragement, he can be found here: