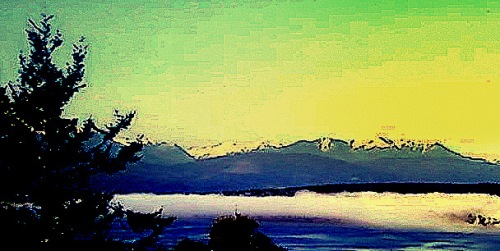 That is the mystery of Easter, the answer to how a human can enter death, a final destination that turns out not to be.  Time can be re-written.  Hate can be transformed into love.  Nothing stops.  Change is a form of exchange.  We go from one place to another and take on new disguises.

Posting here on the blog is a real pleasure.  I enjoy doing it very much.  Lately I’ve had responsibilities take priority over doing just as I like.  We’ve been preparing our taxes.  Does anyone find that fun?  I don’t.  It’s a matter of civic responsibility, and it does make us feel very grown-up so we do it, but it’s a complex chore.  The US tax code isn’t simple, and we engaged a local accountant for the first time.  They don’t understand our lives like the previous one did, and getting a new tax professional is as detailed a process as establishing yourself with a new doctor.  We have IRAs and 401ks, income from wages, performance residuals, investments, and fees we earn managing the affairs of Mary’s 102 year-old aunt.  We have charitable contributions to account for, and the costs of continuing medical education required to maintain my licenses.  I don’t net enough to have to pay, and Mary makes too much.  I’m happy to let someone else make a living figuring it out.

Spice, our former puppy now in “finishing school”, continues to excel in the process of qualifying as a guide dog for the blind.  She’s in the fifth of the final ten phases of training.  Within six weeks we could be attending her graduation, and ritually handing her over to her new owner.  In the evening I used to sit on the floor with her, holding her head between my hands.  I would speak in a low, calm voice, telling her how important the things she was learning would be in her new life.  She probably had no idea what I was talking about.  She may have recognized it as “the routine we do at the end of the day”.  However, she liked it, and when I finished talking she would give me one little lick on the beard and trot off happily to bed.  I’ll remember moments like that for as long as I live.

The past 40 days, leading to Easter Sunday, comprise a traditional liturgical period for Christians known as Lent.  It commemorates the period Jesus spent fasting in the desert, tempted (or tested) by “the devil” (or confronted by his own doubts), prior to beginning his public ministry.  I have been doing some fasting too, looking at my own insecurities and fears.  I have been using a quote from Thomas Merton as a mantra when I walk and think: “Let no one hope to find in contemplation an escape from conflict, from anguish, or from doubt.”  I want my struggles to make me more vulnerable, more sensitive, more open to the suffering in everyone else’s lives.

At the Urgent Care clinic, we decided to sponsor a weight-loss program for those of our patients who might benefit. For our genuinely obese patients, losing weight can be a life changer.  It can reduce or even eliminate their need for diabetes and blood pressure medication.  Five of us on staff are acting as guinea pigs.  This program has pre-mixed meal packets you consume three times a day during weight loss.  You choose any lean protein for dinner, and lunch and dinner include 2 cups of approved veggies.  You have to drink extra water on top of what you have with meals, to facilitate lipid breakdown. I’ve lost 12 lbs. in three weeks, and my energy has increased.

The weather is in San Francisco mode; fog, overcast or drizzle in the mornings, a bit of sun in the afternoon and clear, breezy nights.  Big, fat robins are bob-bob bobbin’ a-long.  It was a mild winter, so the deer population is up.  The Farmer’s Market re-opens April 6th.  When the sun rose, the mountains were floating above the fog, detached from the Earth.  I wish all of you could feel as light as I do right now.

23 responses to “Enlighten Me”