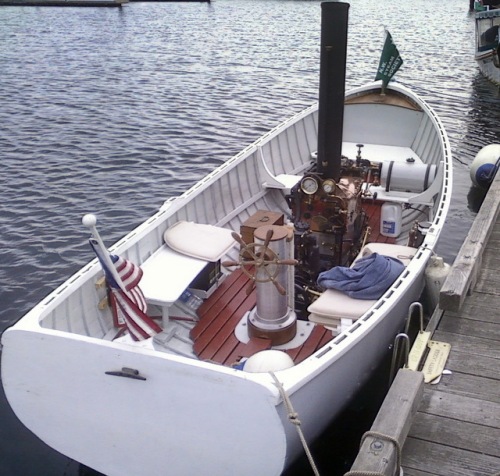 Having always been an odd boy, at different ages I sought identity among the punk enclaves where I lived.  In high school I was a theater punk.  I took strange roles in plays like Shakespearean clowns, Kabuki and one-acts by Ionesco and Beckett.  I was interesting, and never ever cool.  Then I joined the ranks of work punks in factories and retail.  That’s where you put in time at jobs you care nothing about so you’ll have something to spend in the off-hours where your real life is lived.  At Community College and University I was a film punk.

I moved west to reinvent myself, and went cyberpunk.  Twenty years rolled by in computer-assisted editing rooms and recording studios.  Now I live in alternate-universe-Portal Townsend.  I’m starting to go steampunk.  That’s a mashup between Victorian era design and technology, and a controlled attitude of rebellion.  It makes a lot of sense in this environment.  The ghosts of hippies escort dollymops to flash houses here.  We trim our whiskers to different degrees reflecting our social status.  We’re collapsing time, uniting the distant past and parallel futures.

Steampunk has been emerging sporadically in literature and films for some time.  The Victorian era science fiction works of Wells and Jules Verne have it, as do the films of Georges Melies.  Isembard Kingdom Brunel, an engineer far ahead of his time, built a steamship 700 feet long in the 1850s (!) as part of his vision for a transatlantic commuter route.

When you explore new inner and outer universes using machines based on clockwork (gears) and fluid hydraulics instead of electronics, that’s steampunk.  It’s a style half-dreamed and half-built.  It also infers sustainable technology, because even though the original steam engines of the Industrial Revolution were fired by coal or oil you can now run them on solar, wind, or by burning waste for a zero-carbon footprint.  I don’t know much about steampunk clothing styles or music yet, but now that I am more aware of the concept I’m looking and listening for it. 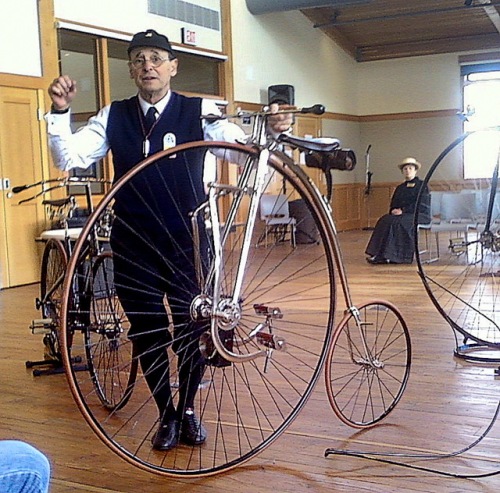 Last Saturday I dropped in on some of the programs presented at our 16th Annual Victorian Heritage Festival.  Where last year’s event was heavily weighted toward doilies and tea, this time there were manly attractions.  I learned about early bicycling, and enjoyed demonstrations of fencing and bare-knuckle pugilism (fisticuffs) while my wife and the dog attended a Temperance Meeting a few blocks away.

The combatants were mixed martial artists from Seattle, students of Tim Ruzicki, a former boxer who has been exploring this fighting form for a decade.  Unlike modern boxing, pugilism’s emphasis is upon putting an opponent off-balance.  Once you knock the other guy down by any means, the round is over and the point is yours.  Grappling around the waist and tripping is allowed.  In two centuries of bare-knuckle boxing, no one ever died in the ring.

Several of the presenters remarked about how the original Victorians liked to bring back crafts and recreations from times gone by, and put their own new twist upon it.  That’s what steampunks and neo-Victorians do now.

To me steampunk represents the production and expression of power created by pushing against solid restrictions and boundaries. I support reproductive rights and marriage equality, but I also like corsets.  Everyone lives in some sort of corset after all.  The goal is to control the tightness of your own lacing.

23 responses to “Full Steam Ahead”