The Artist, this year’s most-nominated film, is simultaneously reverent and cheesy.  To its credit, it reminds us of important differences between silent and sound movies.  Once upon a time, all movies were based on a universal language of visual storytelling.  It didn’t matter what country the actors or directors came from.  A great painting or sculpture could travel freely all over the world, evoking similar thoughts and emotions from viewers in all cultures.  Cinema worked that way too.

Then came the invention of synchronized sound for the simultaneous recording of dialogue spoken by the actors.  Making motion pictures “talk” did increase the number of tickets sold to people in need of escape from the Great Depression, but it put up the old fences between countries again.  Talkies made the world smaller.

Silent film is, and always has been, a misnomer.  From the very beginning of theatrical projection, music was used to accompany the moving pictures.  Small town movie houses had a pianist who would improvise using well-known songs.  Big city film palaces presented full orchestras playing original scores.  By 1915 it was routine to include sound effects like gunshots, gongs, and whistles for trains and birds.  The Artist has a complete music track, various sound effects and even some dialogue added at the end to make a point about the change the lead character has gone through when he finally accepts the new technology of sync-sound.

Doug Fairbanks in The Black Pirate (1926)

The silent movies weren’t all black & white either.  Many films included sequences featuring a limited color palette, from hand-tinted to duotones of blue, gold or sepia.  In the last decade before talkies, Technicolor produced different kinds of additive and subtractive color methods.  These were used for special sequences in black & white films, and for a few entire features.

Another significant difference between silents and talkies was the emphasis upon a direct appeal to the emotions of audiences.  Since the stories were mostly seen (and read somewhat on title cards), directors and actors worked hard to DO things before the camera that made audiences laugh, cry and relate to the characters.  Actors at that time were stage-trained.  Most performed in a style to “project” out to audiences.  Current audiences have a hard time putting this manner of behaving in context.  It looks like over-acting, because we are so used to many decades of performances filmed under the knowledge that cameras also put us at intimate distances with those on screen.

These themes, and superb cinematography, are the best things about The Artist.  Those are the whipped-up eggs.  Here comes the cheese.  The movie rips off several earlier, better films, blatantly and shamelessly.  It’s predictable, too obviously derivative, and the best actor in it is a real dog.  Many people have and will champion this film, most likely because they haven’t seen the earlier ones.  It’s like fans of Lady Gaga assuming she’s a true original because they didn’t grow up watching Josephine Baker, Cher and Madonna.

The Artist is part of a genre called “movie movies”, movies that are about moviemaking, and the history of filmed entertainment within historical contexts.  Movie movies began before the advent of sync sound.  Most of them are comedies or musical comedies.  The earliest one I’ve seen is a Chaplin short called Behind the Screen (1916).  There have been some dramas including A Star is Born (1937 and 1954), The Bad and the Beautiful (1952), Sweet Smell of Success (1957), and Barton Fink (1991).  There are even a few that successfully balance comedy and drama, as The Artist tries (fails IMO) to do.  These include my favorite movie movie, Sullivan’s Travels (1941), 8 ½ (1963), Stardust Memories (1980), and The Player (1992).

But the most typical movie movies are lighter confections, with songs, dancing and jokes.  The best of this bunch is Stanley Donen and Gene Kelly’s 1952 Singing in the Rain.  The 1952 film takes place exactly when and where The Artist does, in Hollywood during the transition from silents to talkies.  It portrays the same conflicts, like the ascendancy of singers and dancers over the old kings and queens of adventure and romance.  It’s got great songs, unique dances and a large number of competent performances.  By comparison, the leading man in The Artist, Jean Dujardin, can only manage a combination parody of earlier stars.  His character, George Valentin, dances and smiles like Gene Kelly (kind of), leaps about like Douglas Fairbanks (thanks to stunt shots lifted from the 1920 Mark of Zorro), and agonizes over his growing irrelevance a la Fredric March in A Star is Born. 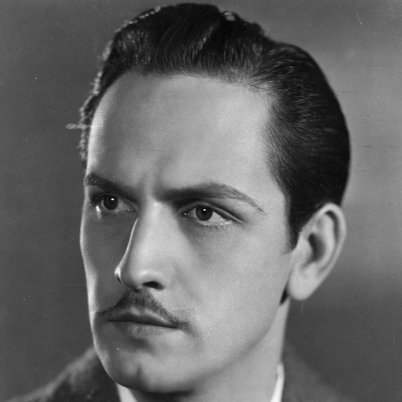 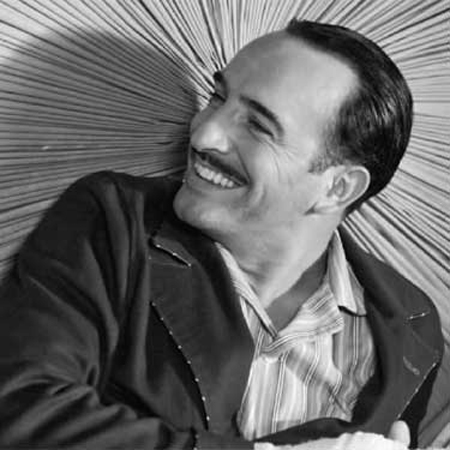 Donen revisited the “movies about movies” genre himself in a 1978 two-in-one feature written by Larry Gelbart called (what else?) Movie Movie.  That one had clever take-offs of two kinds of early talkies, a black & white boxing ring morality tale (“Dynamite Hands”) and a color musical (“Baxter’s Beauties of 1933”).  At a sprightly 105 minutes, the double-bill clips along with all the energy of the original Warners/RKO films.  It’s more overtly satirical than The Artist, and the cast, including George C. Scott, Trish Van Devere, Barry Bostwick and Ann Reinking all get featured scenes in which to shine.

Malcolm gets his cameo.

The female lead in The Artist, Berenice Bejo, is pretty and dances well, but her performance is achieved mostly by posing.  She gets to smile, dance or pout.  Various established character actors including Malcolm McDowell, Ed Lauter, John Goodman and James Cromwell are relegated to cameos and supporting stereotypes.  The standout in the cast, by at least four feet, is George’s dog, a Jack Russell terrier.  The dog actor’s real name is Uggie, and he was rejected by his first two owners as being too wild before his adoption by a trainer of movie dogs.  Though he had two stunt doubles, the director has insisted that Uggie did nearly everything himself.  He’s ten years old and this will probably be his last starring role, but he and the trainer will be cashing in.  Uggie just became the spokesdog for Nintendo.

Uggie on the red carpet.

There has been controversy over some of the music in The Artist.  There is an accomplished, original composer at work, Ludovic Bource, who also scored director Michel Hazanavicius’ previous two features.  His music is stylish and effective.  One familiar song, “Pennies From Heaven” is used.  The song was composed in 1936, four years after the events of the film take place, and the singer, Rose Murphy (1913-1989), isn’t even given a credit.  However, the worst instance of inelegant borrowing was lifting an original cue of a love scene from Alfred Hitchcock’s Vertigo (1958), one of the most famous and influential scores written by Bernard Herrmann.

That usage is credited, but there’s no good reason to have purloined it in place of something in a similar mood by Bource except for laziness, or possibly cost-cutting.  (Speaking of inelegant borrowing, the Opening Title theme from Vertigo was also ripped-off, uncredited, for the opening “birth” sequence in Lady Gaga’s “Born This Way” video.)  This kind of artistic cannibalism is certainly as old as Shakespeare and Bach, but I still dislike it when it isn’t used to make something richer or deeper than the previous version.  In The Artist, the cue is used to set up a climactic title card joke, a duple entendre on the word “Bang!”  When I saw this scene in a theater, one row of people behind me laughed.  Ninety percent of the audience didn’t.  I’m with the 90%.

Kim Novak, one of the few participants from Vertigo still living, called it rape of someone else’s body of work.  The director replied that he loved the old films, including Hitchcock’s, that Herrmann’s music is reprised in other films, and that it’s homage.  I wouldn’t call it rape.  It’s like when you are a kid trying on Mom’s delicate evening dress, spilling red nail polish on it, and laughing when you see yourself in the mirror.  Mom might not share your sense of humor.

If you have seen Singing in the Rain, and one of the versions of A Star is Born, I don’t think you’ll have much reason to see The Artist at all, unless you would be satisfied by the scene-stealing expertise of the canine actor.  On the other hand, if you haven’t seen the other films it either borrows material from or is based on, you might find it easy to enjoy.  I had seen it too many times already before buying my ticket.