The Curse of Catwoman 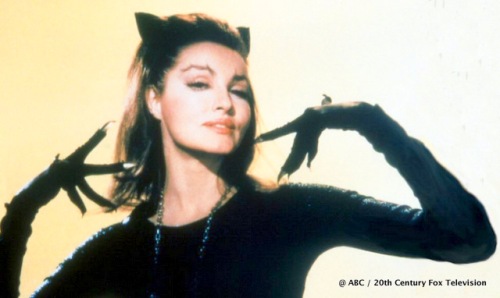 I became an actor to help pay the rent.  I didn’t have a full-time job at the time, and temping as an actor pays better than temping as a file clerk.  People outside the biz don’t realize that nearly all actors are part-timers.  There’s only room for about a dozen people to act full-time in the movies, another dozen on Broadway stages, and maybe a hundred on TV.  Everyone else has another job, or three, besides acting.

My professional acting career lasted for three years, back in the mid-1980s.  I worked my way up from stand-in and extra work to guest-starring roles.  For a while I was lucky.  I got hired after every fourth or fifth audition.  Of course the competition at the level I was working weren’t exactly superior talents.  Though I enjoyed nearly every job, I never appeared in a production I could be proud of on grounds of quality.  Forget classic, in any sense of the word.  These were B to D-List shows.  Some of the abominations I tried out for were certifiably grade Z.  I still enjoyed those auditions, because I could not quite believe someone was trying to make something so obviously awful.  I have an odd sense of humor.

I remember reading for the part of “second rapist” in a film about homicidal bikers with a working title of “Reaper’s Revenge”.  The second rapist was described in the breakdown sheet as an “evil little weasel”.  The first guy to get to attempt rape was a more important part, so that character had a name, which I think was Skunk.  I remember wondering if there was some huge untapped audience of Hell’s Angels members who went to movies, for whom this opus was intended.  Anyway, I must have been too weaselly and not evil enough, or vice-versa.  I didn’t get the part.  They eventually made the movie.  It was released straight to video in places like Portugal, Greece, and South Korea.  It was the second film of a trilogy! 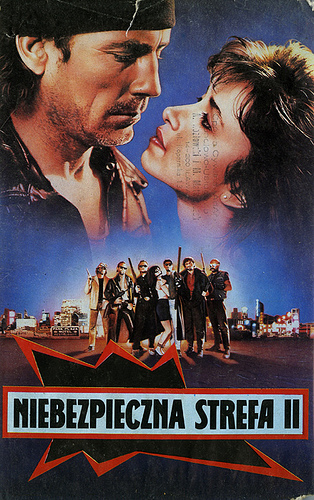 Once I had a two-day gig on a highly forgettable show called Throb, about a struggling record company.  It was a bad imitation of the B-List show WKRP.  My part was as a freeloading photographer at the PR party for a new rock star.  I was in a corner shoving meatball hors d’oeuvres into my mouth as fast as humanly possible while the beautiful Jane Leeves stared at me saying, “I think you can fit one more in there.”  I blew the take twice on purpose by eating too slowly.  Hey, it was nice to have Jane staring at me!  There was also this guy with greasy black hair.  He wasn’t very funny.  Someone told me he was Rosemary Clooney’s nephew, George.  I hear he got much better over time.

The crowning achievement of my bad acting career was playing the main guest star in an episode of a show estimated by many critics to be the “worst sitcom of all time”.  It was about a little robot girl built by a computer engineer, and the show was called Small Wonder.  I had a dressing room with a TV monitor that showed not only our show, but also other shows being taped at the studio complex.  There was a fruit basket, a congratulatory telegram from my agent, the whole bit.  I was paid several thousand dollars for one week’s work, and over the years I got thousands more in residuals. 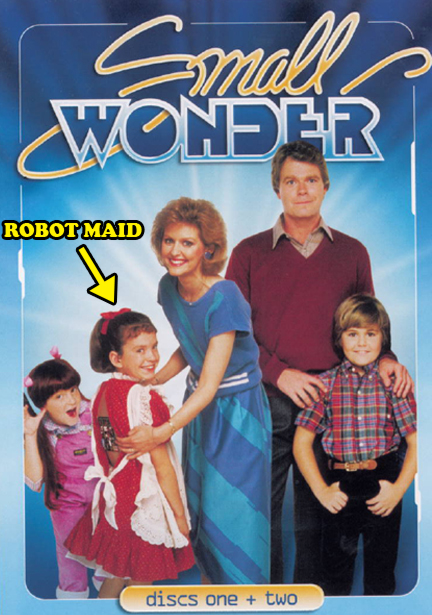 Throughout the week from the read-through to the taping, half the script was re-written.  Each re-write was worse than the previous version, because the guy playing the robot-building Dad was so insecure he kept trying to expand his part or change everyone else’s.  He couldn’t accept the fact that the little robot girl was the star of the show.  I hid out in my dressing room as much as possible, practicing my guitar.

My agent was so happy with me for appearing on this piece of crap that she invited me to a flash party where an odd assortment of old and new talents showed up.  I was sitting on a couch next to a blonde woman named Ginger Allen.  She spoke in a little girl voice about a children’s book she was writing.  I was a bit naïve in not knowing her alter ego, Ginger Lynn.  Shelly Berman was entertaining by asking us all questions and giving comical responses to our answers.  He was extremely clever and well spoken.  I talked with Martha Raye, who was on Alice at the time.  She liked it when I asked her about acting with Charlie Chaplin in Monsieur Verdoux.  She said they got along great because she always called him “Chuck”, which I’m sure no one else would have dared to do.

Edy Williams, a soft-core icon who was one of Russ Meyer’s exes, slinked across the room in a leopard print pleather “dress”.  My gaze followed this catwoman until it was arrested by the returning look from another one.

A soft blue glow enveloped the goddess in the comfy chair.  I rose to approach.  I couldn’t feel my legs.  My agent swooped in, took my arm, and introduced me to Julie Newmar.  Julie had a round vocal tone, but a unique, otherworldly accent.  When she spoke, it sounded disembodied, like another spirit was channeling through her.  She took my hand.  She offered strange pronouncements as she looked into my eyes.

“You’re going to be a great, great star.  I can see you will have a show of your own.  I’m never wrong about these things.  I see it.”

Her declaration made me feel weird.  You see, I never had any aspirations of stardom.  I practice various kinds of art strictly in order to gain proficiency.  I like getting better at things.  I didn’t much care about fame then, and I still don’t.  If I have an artistic career ambition, it’s to be the world’s greatest complete unknown.

An extraordinary thing happened immediately after Julie bestowed her prediction.  I never got another job as an actor, despite going on a couple hundred more auditions.  You have to realize that for most people, acting work is like any other kind of gambling.  When your luck has changed, it’s over.  Walk away from the table.  Don’t bet your rent money.  I took a job as a film librarian / editorial assistant at a stock footage company.

I’ve never discussed this “Catwoman curse” in public before.  It’s been a source of private ironic amusement.  Once I went into post-production I was able to give up being a bad actor and become a very good sound editor.  I worked on the restoration and remixing of several hundred films, including many classics.  It was a period of creative challenge and fulfillment for me, and they even put my name on a few of the re-releases.

Perhaps I misinterpreted the message of the oracle.  She did not say when the events would take place.  Here I am working with healers in this beautiful little town at the edge of a rain forest.  I have the deeply satisfying pleasure of telling stories of my past adventures to those of you reading.  I’m the great, great star of my real life, a show of my own. 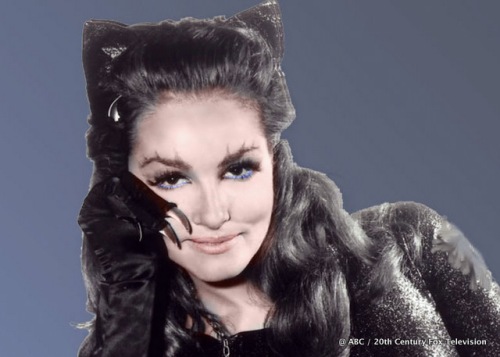 43 responses to “The Curse of Catwoman”