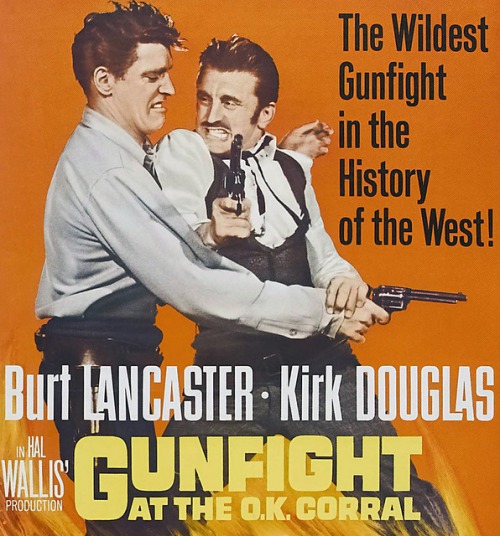 I don’t write about political topics in this space because I don’t think I have much to add to the discussion that isn’t already being better written by others.  I’m making an exception because I think this topic is as much historical-cultural as it is political. I’m also writing because the event was so awful, and it depresses me.  I’m thinking and writing because I need to try and make sense of things that seem senseless.  I’m upset by the news of the murders in Tucson.

When I was a boy, it was ordinary to play war (WWII or Civil), pirates, cowboys and Indians, and cops and robbers.  Toy guns in the appropriate style were preferred for each game.  Between ages 3-7 I had toy revolvers and rifles, Derringers, Flintlocks, Colt 45s (squirt, caps & darts), a snub-nosed 38 (with shoulder holster) and a miniature submachine gun or two.  From 8-10 I went through a short period with toy “spy” weapons like a radio that turned into a rifle and concealed shirtsleeve and belt buckle weapons.  Then I had BB guns, and real guns.

This country was established as a result of an armed revolution.  That’s part of why there’s a built-in pro-gun bias in American law.  And political assassinations by mentally unstable individuals aren’t new.  A man convinced that God had told him to do it killed President Garfield in 1881.  But when I was a boy, I had no understanding of insanity.  I thought that good guys used guns to kill bad guys.

I was in middle school when President Kennedy was murdered.  All through my pre-teens it seemed to escalate.  There were more political assassinations, and also a rise in street crime by gangs.  I began to feel there was a growing number of fanatics intent on murder and always, ALWAYS with guns.  Guns you could get by mail.  Cheap handguns.  Concealable.  Not enough range for hunting.  Only good for killing people.

Killing technology, like all technology, is invented in a moral vacuum.  The people who think up improvements in firing automation and extended-capacity magazines are just trying to make a machine work better and faster.  I can’t accept that they understand people of unsound mind use their work to kill innocents.  There’s the cliché, “Guns don’t kill people.”  This sort of denial exists because the truth is too uncomfortable to face.

If the shooter in Tucson had the same kind of weapon available to the killer of Robert Kennedy, there would be one or two victims.  But a Glock 9mm pistol with a 33-round clip is fast, fast, fast.  Six killed, 13 wounded, and it took less than a minute.  We had a law from 1994-2004 that limited the capacity of magazines to 10 bullets.  It would have been pretty hard to shoot 19 people with 10 bullets.

Arizona is one of three states where anyone of majority age and a clean record may buy AND CONCEAL a loaded handgun.  No permit required.  The Tucson shooter was considered too “dangerous” to remain in his college, and too unstable for military service, but in Arizona no convictions means no restrictions on gun buying.

Those who advocate minimal restrictions on gun ownership are saying and writing that the Tucson murders occurred because various people and institutions failed in their duty to compel Loughner into psychological evaluation.  However, the number of qualified doctors is limited and treatment is expensive.  The mental health care delivery system in the U.S. is no better than the rest of the health care system.  It’s available for those who have enough money or insurance, and limited for those who don’t.

I’ve written before about the human inability to stop improving whatever we invent.  The technology to be used for killing, whether on a large-scale or individual, just gets better and better.  I suppose it’s possible that our laws could eventually be improved enough to protect innocent people from gunfire, but good law is more difficult to manufacture than better guns.

The most famous shootout of the Wild West, the gunfight near the O.K. Corral, took place in Tombstone, back when Arizona was still a territory.  Because there were nine very experienced shooters involved, the same amount of gunfire occurred as in the Tucson parking lot, in about the same amount of time.  Three were killed.  Three were wounded.