I’m performing without a net.  My wife’s pension documents are still screwed up.  I’m working quick turnarounds, a brutal test of stamina. In other words, I work from 9am to 2pm on-call, then 2-10pm care-giving and then show up at 6am for another care-giving shift.  It’s an altered state of consciousness, where one never mentally leaves work.  It reminds me of Roy Scheider’s character in All That Jazz (1979), the driven artist working himself to death.

We all remember scenes in films that illuminate important truths.  I have often recalled one in The Magnificent Seven (1960) where hired gunfighter Bernardo O’Reilly (Charles Bronson) educates a group of village boys who idolize him.  One of them says, “Our fathers are cowards.”  Bernardo pulls the boy across his lap, (at 5:40 in this clip) swats his behind and offers a remarkable speech in response.

“Don’t you ever say that again about your fathers, because they are not cowards! You think I’m brave because I carry a gun? Well, your fathers are much braver, because they carry responsibility — for you, your brothers, your sisters, and your mothers. And this responsibility is like a-a big rock that weighs a ton. It bends and it twists them until finally it buries them under the ground.  I have never had this kind of courage.”

Part of it is my frustration at the lack of trust the lenders are showing us by continually requiring more and more documents in support of our being “responsible people”.  Who in their right mind would be likely to default on a contract with a 60% down (as we have offered)?  I have to say it once again.  F*#^ CAPITALISM! I have to put my anxiety somewhere, and I have no internet or TV, so I book extra shifts at work.  I’m flooding the mortgage office with check stubs.  You want responsible?  Look at these, you mo-fos!  Now, give me my damn house!!!

I’ve passed three of the four tests to become a nurse’s delegate.  It’s going to be some weeks before there are enough new caregivers so I can move up in rank.  Meanwhile it’s change/dress/feed/bed over and over again.  When life gives you lemons, make lemonade.  I understand that, but what if life gives you poop?   Make poop juice?

Daisies grow outside the back window, and the cats are happy.  In a month this will all pass.  That’s what I keep telling myself.  “It’s showtime, folks!” 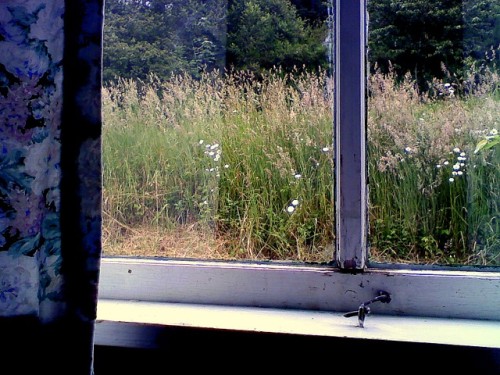 19 responses to “Carry That Weight”