I don’t usually write list-based posts, but I enjoy reading them so I suppose it can’t hurt to write one every so often.  I learn a lot from books, but over the course of my lifetime it’s usually films that change my mind and make me think about things differently.  Films begin as a very serious form of writing too, but in the collaborative production process they take on another dimension.  They gain mythic and symbolic resonance and become cultural, historical touchstones.  I’ve been struggling to re-frame my attitudes about work lately, and my thoughts have returned to classic movies that presented enlightened, unusual views of working.  Here are six of my favorites.  I’m listing them in the order they came into the world, not the order in which I first saw them.  Thinking about each of these stories has helped me to look at work in non-traditional ways. 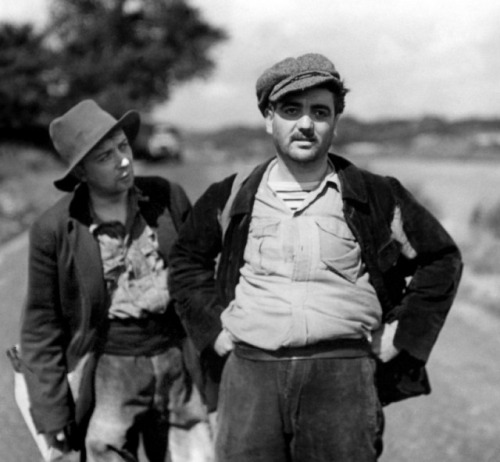 The title, in French idiom, means “Freedom for Us”.  This is an early film by the most whimsical filmmaker I know of, René Clair.  It’s soulful and funny without being sentimental.  Two men become pals in prison, one escapes and becomes a rich industrialist, they reunite after the second man is released and the comrades decide that freedom and friendship is more important than material success.  There are hilarious assembly-line scenes that were ripped-off by Chaplin five years later for Modern Times, and it’s also the source of the I Love Lucy episode about the candy factory.  I can’t think of another writer-director who could illustrate the dehumanizing effect caused by factory work, and the corrupting influence of wealth upon character, and make it all come out light, tuneful and uplifting.

Our Daily Bread (1934) was an independent project directed by King Vidor during the middle of the Great Depression.  In the film, a group of displaced unemployed band together for survival by trying to create a self-sustaining community farm.  The novice farmers, once crushed by economic forces beyond their control, become self-motivated by their own free, innovative, cooperative spirit.  Initially they try collectivization, but it doesn’t work because it destroys incentive. So they try extreme Capitalism, but that also doesn’t work because it results in excessive selfishness. They finally employ a combination of cooperative principles, free enterprise and freedom of choice in order to save their crop from drought. That’s the American way.  The (literal) last-ditch effort to get water from miles away includes some of the most exciting montage sequences ever filmed.

How Green Was My Valley won the Best Picture Oscar of 1941, as well as a Best Director award for the incomparable John Ford.  As with the first example on the list, it takes a great artist to be able to present such tragedy and make it feel nostalgic and romantic.  A lot of terrific singing in Welsh doesn’t hurt either.  The depletion of the coal mine that has been the lifeblood of a village causes the breakup of a close-knit family and the death of their beloved patriarch, but the story is recalled in the fond memories of the youngest member, an academically gifted boy who gives up the chance for scholarship to join his elders in the mine.  Keep your tissues close by.

It’s a Wonderful Life (1946) is Charles Dickens’ Christmas Carol, if you make Bob Cratchit the one in need of redemption by spirits.  George Bailey spends his whole life working altruistically in service to others until, in a crisis, he regrets being born.  A second-class angel named Clarence is given the job of renewing George’s faith in living.  This independent production by director Frank Capra flopped in its initial release.  Because the copyright wasn’t renewed the film became public domain, so it was cheap to broadcast.  The repeat viewings caused a re-evaluation of the movie’s importance and now it’s a favorite Christmas perennial.  Bert and Ernie of Sesame Street are named for the cop and taxi driver pals in this film. 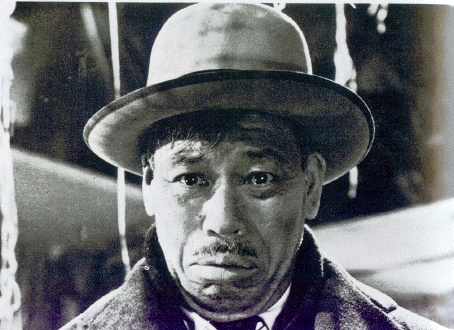 Ikiru (1952) by Akira Kurosawa. Though he made several masterpieces featuring stories of service and self-sacrifice including Seven Samurai, this one about a dying beaurocrat determined to live long enough to create a small park for children is his most courageous.  The hero’s grim determination to finish the task helps him achieve a final sense of peace and acceptance at the end of his life.

Some believe that Lilies of the Field (1963) is about race because the hero is Black, but the story would work the same way with an underclass protagonist of any color or culture.  The real theme of the movie is about how the performance of charitable labor ennobles a talented worker who is given his first chance to lead by a destitute group of foreign nuns.  They believe he was sent by God to help them build a chapel for their poor, rural community.  Director Ralph Nelson was the father of Ted Nelson, who first imagined and wrote about hypertext, text displayed on computers that contains links to pictures and other areas on a network in cyberspace.  You’re using it now.

18 responses to “Movies about Work”