The Ethics Test Answers + Reflections on the Comments 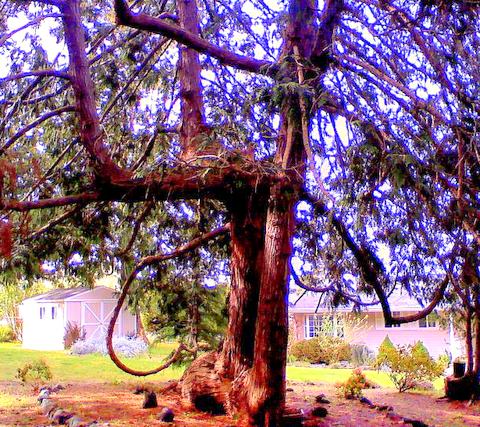 This tree has roots in my neighborhood.

First off, I want to offer my heartfelt thanks to all those who participated in the Ethics Test exercise immediately preceding this post, including those who just read it.  It’s gratifying to see that people think about these things and care about them, as I do.  One day when I got dressed I put my cash in the same back pocket as my wallet, which I don’t do usually. When I went to lunch at the diner, I pulled out my wallet without looking in order to pay by credit card, and dropped two $20 bills on the floor.  The waitress picked up the bills after I left, but she had not actually seen me drop them so she added them to the cash register.

Because her till was over by that amount, she kept the bills for three days.  I was the only person she approached.  In the three days, she had decided I was probably the one who lost the money because she picked it up right after I left.  When I came to eat again, she zeroed in on me specifically.  I told her, “I don’t know” because it was the truth.  I had not used cash in that time.  She insisted she was sure it was me and put the bills in my hand.  I thanked her and offered one of the bills back to her, but she wouldn’t hear of it.  I gave her a 40% tip on the bill.

She made a joke, saying “I only did it because you’re nice, otherwise I woulda kept it.”  I could tell she wouldn’t have kept it, and would have tried to find the right owner indefinitely.  She’s a direct, plain-speaking person, and right’s right and wrong’s wrong.  I learned to recognize people like that when I was a boy in Iowa.  It wasn’t until I got home that I realized she had been correct, because I normally carry $40 or so for the week, and aside from those twenties I only had singles.

I don’t have much cash and I’m in debt at the moment, but my life is very, very rich.  I have good friends, an interesting, entertaining family and an exceptional wife who loves me.  I’m residing in a region of extraordinary natural beauty.  I also have friends and readers online, who have shared intimate and revealing stories with me.  I have a license to perform a profession that is both in-demand and of direct service to people.  Though I’m only working part-time right now, I have good prospects of full-time work to look forward to.  I’m a wealthy man, inside and out.  I have it so much better than so many.  Hard times make that clear every day.

When I was a child, I never saw homeless people on the streets.  Never.  I was born in St. Louis.  That’s not a small town.  I’ve had my eyes open all my life.  I would have seen them.  As I grew up in smaller towns in Iowa, I started seeing them during the late ‘60s.  There was this Federal law called the Community Mental Health Act (CMHA) of 1963.  It was supposed to facilitate the transition of patients with mental illnesses from hospitals into single-room occupancy affordable housing.

It didn’t work out.  The stingy side of America got hold of too many.  Affordable housing dried up and the patients ended up on the street.  On top of that, veterans from Vietnam began coming back with PTSD, and the VA system, in accordance with CMHA, began dumping them on the streets too.  Because it was a period with an upswing in drug use, the third source of homelessness, substance abusers, also added to the numbers.  This was when I became a telephone crisis counselor, my first experience of patient care.  Homelessness has increased steadily ever since. 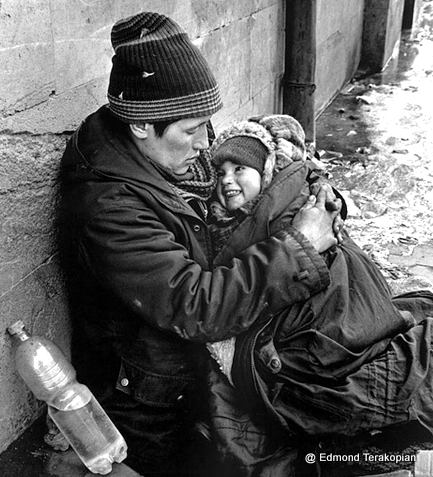 Four times more people face life on the street each day in Los Angeles County than in the entire state of Washington, where I am now.  The weather’s milder, and they can survive outdoors.  I used to see them each day, especially when I worked as a “human search engine” downtown (see “Oddest Jobs Ever”/Feb 28th).  I know all the clichés like “the poor will always be with us”.  It’s no excuse for not trying to give people basic shelter from the elements.  This is a terrible moral crime in a nation as rich as ours.  It’s one of the reasons I don’t discuss politics in here.  I become too angry about the injustices visited upon everyone’s soul by this and other problems that stem completely from personal greed justified by governmental policies and underwritten by political rationalizations.

You pay a cost in your capacity for compassion every time you pass one of these people by while putting their situation at the back of your mind.  I know we are all trying hard to get by, but right’s right, and wrong’s wrong.  All is not lost when it comes to individual generosity, however.  Person after person wrote in response to my query that they would never consider keeping money that wasn’t theirs, and for the most part the amount involved was irrelevant.  I read something important in each person’s comment.

Shesboxingclever (http://shesboxingclever.wordpress.com/)  has been undergoing values-clarification for decades.  She is well-educated, but chooses to live rurally because it affords her a life more enriched by interpersonal and natural experiences.  She and her husband understand that our choice to live “modern urban” lifestyles has caused us to become separated from the Earth, and from each other.  She told a story right out of a Frank Capra movie about lost and found money, and how sometimes it brings out the best in people.

Lisa (http://ocdbloggergirl.wordpress.com/) struggles with ocd and anxiety problems.  She courageously writes about her journey in therapy and life, and isn’t afraid to express her irritation at the pettiness she must endure trying to get proper care.  Because Jennie Ketcham’s was the first blog I read with regularity and commented on, she came over here and gave us the gift of her understanding.  Lisa expertly revealed what many of us would not like to face honestly, that the amount of money CAN have an effect upon how we would respond.  Money has influence, and “free money” can give anyone pause.

Kiwidutch (http://kiwidutch.wordpress.com/) hardly ever writes personal stories on her blog, because it’s so full of beautifully photographed travel articles, yummy recipes and crafts there isn’t room for them.  But here she came, to offer us all the panorama of possibilities revealed in the experiences of her family members, because different things happen in different situations to different people.  This is exactly why it’s important not to over-simplify when thinking about money & values.  A small amount to you might be all the money in the world to a kid.

Sarah Baram (http://sarahbaram.wordpress.com/) clarified the importance of honesty, and so she correctly intuited my action.  I didn’t know, so that’s what I told the waitress.  Sarah told stories about her days working at a movie theater, and illustrated that there’s a way to pass good fortune along by giving unclaimed funds to those in need.  Sarah lives in and around big cities.  I bet she gives money to homeless people.

TimeThief (http://thistimethisspace.com/) is yet another smart woman (I think my work must appeal to smart women – COOL) who spends a lot of time helping out newbies as a tipster for WordPress, though I prefer her blog about personal and spiritual growth.  She doesn’t waste time or space.  She’s thought out her ethical positions before.  Go back and read what I wrote about direct people.  Right’s right.  Wrong’s wrong.  I love it.

Cat Cameron (http://catthebeatnik.net/) is pretty darned incredible.  People at age 16 do not ordinarily exhibit this level of understanding of human nature.  She pointed out cogently that we don’t always do what we know we ought to.  Guts and brains.  The girl’s gonna be popular in college so long as she survives the all-encompassing vanilla-ness of high school.

Ramona Kent (http://ramonakent.wordpress.com/) is writing a sweeping online romance epic, and she contributed a fun story about outsmarting a boss who thought he was ahead of the employees and who under-estimated her.  I love getting new readers.  She does too.

Last and not least, Tracy Todd (http://tracytodd.wordpress.com/) flew in all the way from South Africa to ably represent the majority of you who read the article, but did not actually take the test.  She’s quite right.  Most of why this one was satisfying was because the commenters took over (as I intended) and opened their own hearts.  Tracy managed to turn having her neck broken into a personal rebirth.  She knows all about this process.

When you can manage to open yourself to everyone, you will find we aren’t so different or as separated as our lifestyles would make it seem.  That’s an illusion that is being dispelled for me with each new contact I make in this community.  When I began blogging in January, I had no idea what kind of tree I was planting.  It’s begun to blossom.

This tree has roots in the lowveld.