The Persistence of Woo-Woo 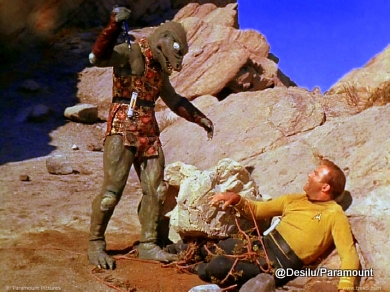 Star Trek used to have more of it than it does now.

If you’ve read some of my previous work in this space, you might have mistaken me for an artistic person.  I do love the arts, but that’s not all I’m about.  At heart I’m a small-town boy from the Midwest.  I like things concrete and predictable.  Don’t try to distract me with woo-woo. You know. WOO-WOO.  That’s the sound of a theremin, an early electronic instrument used to alert the audience that mysterious, inexplicable things are happening in 1950s sci-fi movies.  When the alien shows up, or that “dead” tissue in the lab dish starts moving, there’s that sound. woo-OOOoo-oo-WOOooo.  Woo-woo, the impossible stuff we are asked to believe in.

The Midwest half of me expresses itself in being a scientist.  Everything has an explanation, even if we don’t know the explanation yet.  Everything that is testable and measureable is also knowable.  The rest is unknowable, until someone figures out a way of testing and measuring it.  I am perfectly comfortable with some things being unknowable.  I’m able to believe in God without being able to quantify God.  I also know people can sometimes recover from diseases and injuries to an unexpected degree.  But that’s because our brains can exert a powerful control over the body’s healing process to an extent we do not yet understand.  It’s not because that crystal you wore around your neck focused your chi.  Don’t try to sell me woo-woo, not even for three easy payments.

Women are the most common customers of those selling woo-woo.  I guess it’s because women are generous in spirit and more willing to risk believing in things that are, well, unbelievable.  Magic rocks to put under your feet to draw out toxins.  Collecting and trading Beanie Babies as a profession.  Don’t get me started on DIETS and COSMETICS.  Remember, I used to make infomercials.  Here’s a current one for a device to move your lazy carcass around and give you vertigo without ever having to leave your desk: THE HAWAII CHAIR

Woo-woo is supported by our enjoyment of self-delusion, a sterling quality that is perhaps the only one unique to the human animal.  We are always trying to fool ourselves into believing that unlikely outcomes are likely.  I can buy and sell houses with no money down and quit my job for a life of luxury?  The lottery is up to 300 million?  I’m a 3 and I live with my parents, but with this course in “How to Hyp-mo-tize Wimmen” I can go out with a 10? (woooo-woooo)

There’s imagination and there’s woo-woo.  Woo-woo is imagination gone out-of-bounds.  Sometimes the two get confused. Inventors keep trying because you never know with woo-woo what will sell.  Lots of gadgets are thought up that probably began as good brainstorming but ended up all woo-woo. Like:

KEYBOARD PANTS (the pants with a keyboard sewn into the crotch).

Or this PIGGY-BANK BOMB, which exploded if you didn’t keep saving.

If you bought one, you would be ready for the SWISS ARMAGEDDON.

I’m sure you can recognize many sources of woo-woo in your own lives.  Campaign promises?  At least 50% woo-woo.  How about the “Star Wars” missile defense program?  Expecting to make a living from professions based upon fame?  That relies on your capacity for woo-woo.  I realize life wouldn’t be complete without it.  At some point the house is clean and the laundry is finished.  When not tasking, the mind longs for woo-woo.  To dream the impossible dream…

When I was an actor, my agent’s biggest client was Mickey Rooney.  He’s a guy who has lived a life full of woo-woo.  It took him a lot of marriages to find a woman who was down to Earth enough to keep him from floating away.  The first time I met him, he pitched me his latest showbiz dream – The Phantom of the Opera ON ICE.  “Wow!” I said, while thinking “What next?  Death of a Salesman, the Musical?”  He sang me an opening number while making extravagant gestures and gliding about the room. Mickey’s so good at woo-woo he can ice skate without ice.

Years later I worked with him on “his” series of self-help CDs, the theme of which was YOU CAN DO ANYTHING YOU IMAGINE or some such.  At the recording sessions he would talk with me for a few minutes before each take.  He would ask me what each chapter of “the book” (included with the CDs) was about.  I hadn’t read “the book”, but it made no difference.  I read him the chapter titles, re-phrased them a couple of different ways and after about 30 seconds of thought, WOO-WOO, he would go to the microphone and spout improvised philosophical nonsense for a good 15 minutes.  This went on for two days.  I don’t know if this product sold well.  I overdosed on all the woo-woo at the infomercial company and quit before it went on the air.

A decade after the self-help CD adventure, I was restoring Mickey’s old Andy Hardy movies from the ‘30s and ‘40s.  Whenever Andy kissed a girl, he would go into an explosion of enthusiasm.  His eyes got wide.  He grabbed his hat.  Then he shouted… 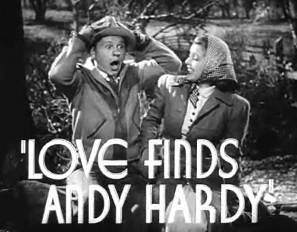 9 responses to “The Persistence of Woo-Woo”