I wrote a few words about Peter Graves just four days before he died, as part of my articles on the film Number One with a Bullet.  Here are a few more, to celebrate him. He stayed married to the same woman since 1950, and they were still in love.  His family taught him how to make a good choice in marrying.  Joan Endress was his college sweetheart.  They were still close to their three daughters, and the six grandkids.  Peter had a heart attack at home after a family brunch in honor of his upcoming 84th birthday, which would have been March 18th.  I personally wouldn’t mind a rapid exit in the presence of my loving family.  It’s what I would call a good death.

In a similar way to William Shatner, Peter Aurness had a career for a long enough time that self-parody became part of his success.  Early in his career, he worked on high and low prestige films at the same time.  He worked for both the director-brothers named Wilder.  For Billy Wilder, he portrayed the Nazi double-agent in Stalag 17, and then W. Lee Wilder had him face off against evil ping-pong ball-eyed Killers From Space.

His part in Airplane satirized his earlier screen persona from work like the beloved 50s TV show Fury, where he played an attentive father-figure for a troubled boy. 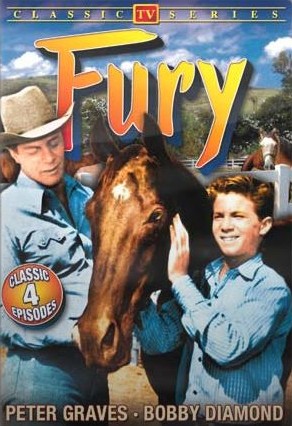 He had a good sense of humor about all the fans that would approach him to ask “if he liked movies about gladiators”.

Peter was disappointed he didn’t get hired for the film of Mission Impossible, but he was also unhappy that they decided to make the good-guy character he had played for over a decade into a traitor for the sake of a plot twist.  I agree with him.  That’s lazy writing.

When he got older and couldn’t get hired for leading roles, he still made a good living hosting and narrating shows like Biography. Even his hosting style became familiar enough to joke about.

As I wrote about in the previous article, if he had not been so successful in the acting profession, Peter would have been happy to be a musician.  He loved music all his life, and continued to practice and play his clarinet.  I’m sure he was thrilled to be in this concert at The Mormon Tabernacle, even as a narrator.